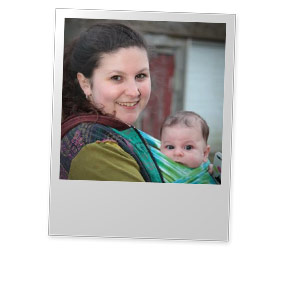 Harriet, a first time mum to a baby boy, talks to CQC about her experience of maternity care.

I gave birth in March of this year. What should have been an easy birthing experience turned into a nightmare.

I started feeling contractions on a Tuesday, but I didn’t call the triage at my hospital until the following evening when I was having three contractions every 10 minutes. At that point, I was told by triage to come in but when I was examined upon my arrival they let me know I was only one centimetre dilated and told me to go home.

Hours later, in the early morning, my waters broke and my contractions started coming every two minutes. Again, we called triage but they told us to hold off coming in. I called back half hour later as I felt that the baby was coming and was told to come in.

I arrived at triage at 6 am and was told that I was still only one centimetre dilated. I asked to stay in one of the beds at triage, but I was refused. I live 45 minutes away from the hospital, and started to feel anxious about having to make the journey to the hospital again. We left the hospital at 6 am.

At 8 am I still felt that the baby was coming so I called triage to ask them to send a community midwife in to see me. They refused as I was not registered for a home birth. I tried calling my community midwife, but I received no answer after countless attempts to get in touch.

By 9 am I started to feel the urge to push. When I called triage, they told me to hang up and dial 999. Twenty minutes later my mum delivered my son whilst my partner was on the phone to the paramedics. My son went into respiratory arrest shortly after he was born. Thankfully, the paramedic arrived quickly and was able to resuscitate him.

The birth of my son was extremely traumatic for me. Throughout the entire experience I felt that I was not listened to and my views and opinions were not taken into account. Six weeks later, I was invited by a senior midwife to go through a debriefing procedure. During our talk, it came to light that there were no notes detailing my ordeal. They hadn’t even realised that I was the patient who kept calling in and was sent home twice!

The hospital hasn’t been in touch to apologise for their mistakes or admit any wrongdoing. Unfortunately, I’ve heard from other woman that they been through similar situations. I hope that by sharing my story, I can help to ensure that what happened to me won’t happen to any other mums in the future.

Your experiences
Hear women's experiences of maternity services, and how they think care could improve.

Outstanding care
Find out what a maternity and gynaecology service is doing to improve maternal care for women at their local NHS trust.