Professor Sir Mike Richards has announced he will retire this summer, after four years as our Chief Inspector of Hospitals.

Sir Mike became our first Chief Inspector in 2013, leading a fundamental change to the way we inspect hospitals. This saw the introduction of more rigorous, expert-led inspections and a clear focus on the things that matter to patients, and their families and carers. We adopted a similar model in adult social care and primary medical services the following year.

The first complete programme of NHS trust inspections using this new approach ended in June 2016, with every trust in England now inspected and awarded a performance rating. We will complete our first programme of independent hospital inspections soon, and we're now inviting people to give us their views on how we continue this work in the future.

A unique baseline on quality

"My retirement this summer will coincide with having been Chief Inspector of Hospitals at CQC for four years, and a qualified doctor for 40 years," said Sir Mike. "I am incredibly lucky to have had such a long and varied career and I am particularly proud of having led the team who developed and implemented a new approach to hospital inspections – one focused on what matters to people.

"As we have now completed the first round of inspections of all NHS trusts, it feels like the right time to hand the baton on to someone else. When I came to the CQC, I recognised the scale of the challenge ahead – so to have inspected all NHS hospitals resulting in a baseline on quality that is unique to anywhere in the world feels like a like a major achievement.

"This achievement would not have been possible without the passionate commitment of CQC staff to improving quality and to ensuring safe care. I have also been hugely grateful for the ongoing support and encouragement of external partners, including those whom we regulate. Together, we have laid the strong foundations that will ensure that the next phase of hospital regulation will continue to help providers to drive improvement and to ensure that people receive good, safe care."

A more complete picture of quality than ever before

Our Chief Executive, Sir David Behan, said: "Sir Mike Richards has helped to transform our national understanding of the quality and safety of hospital care. Thanks to the inspection programme that he developed and led, we have a more complete picture than ever before of how hospitals are performing on quality, based on detailed assessments of individual services.

"I am incredibly grateful to Mike for the wisdom, commitment, vision and leadership he has brought to CQC over the past four years. I will miss him enormously, both on a personal and professional basis, but I am confident that he is leaving the organisation in a strong position, with the first round of hospital inspections completed and with a clear plan in place for the next phase of inspections."

Secretary of State for Health Jeremy Hunt described his achievements as "transformative", adding: "His years of clinical experience combined with his wise judgement have been absolutely vital in helping to make the NHS one of most patient-focused and transparent healthcare systems in the world with a total focus on safety and quality."

Sir Mike's career includes more than 20 years as a hospital physician, nine years as a consultant medical oncologist and a period as Professor of Palliative Medicine at Guy's and St Thomas'. He became National Cancer Director at the Department of Health in 1999 and led the development and implementation of the NHS Cancer Plan in 2000, the Cancer Reform Strategy in 2008 and Improving Outcomes: A strategy for cancer in 2011. 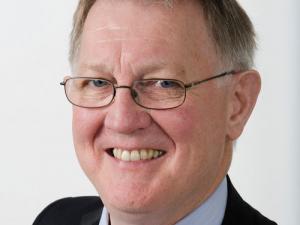 Together, we have laid the strong foundations that will ensure that the next phase of hospital regulation will continue to help providers to drive improvement and to ensure that people receive good, safe care.